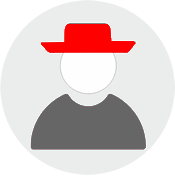 DINO IS KEEPING BUSY IN AMERICA

Dino has been on American soil for over a year now! It has only been a year and a half, and yet Naïo has already built up its name and reputation amongst local experts.

Simon, our Naïo representative based in California, told us about these last few months with Dino – which have been bursting with amazing exchanges and feedback.

The first season in Salinas introduced local farmers to Dino – our bed straddling robot used for weeding salad crops. Thanks to our partners’ trust (such as Top Flavor Farm, Bonipak and Church Brothers Farms), we were able to till lots of hectares on their farms and gather precious feedback. We were thus able to identify Dino’s few limitations, and correct them immediately. Several of my French colleagues regularly travelled to California and Arizona to conduct other tests and adapt our robot according to the needs expressed by American farms. Indeed, there are notable differences between European and American practices – which led us to modify certain aspects of the machine.

We started by adjusting Dino’s guiding system over the crop beds. Its itinerary is now perfectly straight and accurate, in compliance with the map it is instructed to follow. A second team came to improve the tool’s camera guidance – which was another significant advancement for Dino. The third and final team went to Yuma in Arizona, to implement the active developed tool at the end of last year. Other aspects were also adjusted, making the mechanics more reliable, ensuring more compact batteries, making it possible to use new tilling tools, and lastly providing operators with a reliable and secure remote control.

Last season, Dino therefore operated across dozens of hectares of farmland! This year, we have scheduled hundreds more thanks to the arrival of other Dino machines throughout the USA.